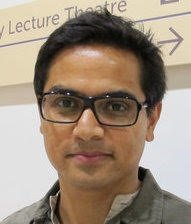 Not registered as user yet

Sharath Srinivasan is Co-Director of the University of Cambridge’s Centre of Governance and Human Rights the David and Elaine Potter Lecturer in the Department of Politics and International Studies, and a Fellow of King’s College, Cambridge.

Sharath is an interdisciplinary and applied researcher currently working on issues at the intersection of digital technology and politics in Africa. This research has been awarded funding by UK-DFID, ESRC, Wellcome Trust, Isaac Newton Trust, university-related research funds and private foundations. Grounded in political theory on civic republicanism, democracy and constitutionalism, his long-term research interest lies in unravelling how political ideas, values and interests that are embedded in the ‘built’ world – for example in digital technology but also in political institutions built by peacemakers – enable or constrain political action and the public realm.

From this research, he co-founded Africa’s Voices Foundation, a non-profit based in Kenya that utilises digital communications and social and data science methods to engage citizens in largescale discussions and feed insights to decision-makers. Most recently, he co-founded Katikati with Cambridge technologist, Luke Church, as a new initiative for enabling transformative 1-to-1 text conversations in local languages at scale.

Sharath also lived in Sudan and worked for the International Rescue Committee in the early 2000s, and has researched on Sudan ever since. He is a member of Governing Council for the British Institute in Eastern Africa and a Fellow of the Rift Valley Institute. He is the author of the book, When Peace Kills Politics: International intervention and unending war in the Sudans (Hurst & Co), and co-editor of the volume, Making and Breaking Peace in Sudan and South Sudan (Oxford University Press).